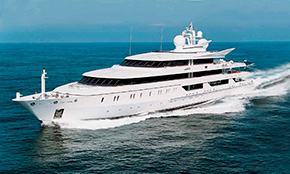 In addition to the Tonnage Tax (TT) regime for commercial shipping enterprises, the Yacht scheme in Cyprus is very attractive and it is considered to be the icing on the cake.

It is not covered by the Merchant Shipping Law, but it operates on the basis of the guidance issued by the Cyprus VAT authorities in cooperation with the tax authorities aiming at making Cyprus one of the most attractive jurisdictions for yacht registration within the EU.

The arrangement in a snapshot

The lessor (the Cyprus company being the owner of the yacht) contracts the use of the yacht to the lessee (the legal or natural person who leases the yacht) in return for a consideration.

The leasing of the yacht is considered as a supply of services with the right of deduction of input VAT by the lessor.

This supply of services by the lessor is taxable at the basic VAT rate of 19% (from 13 January 2014) but only to the extent that the leased yacht is used within the territorial waters of the EU.

The total profit from the leasing agreement which amounts to 10% on the initial value of the yacht, will be subject to income tax at the rate of 12,5%.