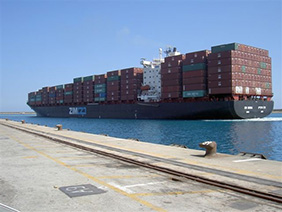 The Merchant Shipping Legislation enacted as from 1 January 2010 places Cyprus in a very competitive position. Cyprus has become the only EU country with an EU approved TT system that:

The tax system is in full compliance with EU requirements and also within the Organisation for Economic Co-operation and Development (OECD) requirements against harmful tax practices. In a nutshell, the tax system provides to the investors:

Cyprus plays a prominent role as a leading shipping and ship management centre and will continue to strengthen its position in the world economy by maintaining and enhancing its sound maritime infrastructure, favourable tax regime and competitive ship registration and annual tonnage tax rates.

The tax incentives combined with the economic and the other advantages provided, including the excellent infrastructure, make Cyprus the ideal choice for shipowners, charterers and ship managers.

The Cypriot maritime registry is today one of the largest in the EU and the 10th largest worldwide. Moreover, Cyprus is the biggest third party ship management centre in the EU.

The Republic of Cyprus was established in 1960 and the law dealing with the registration of ships, sales and mortgages was introduced in 1963. During the early years the number of ships registered in the Cyprus Shipping Registry was very small as it took some time for the shipping community to realise the opportunities offered by this legislation.

The double tax treaties signed and the numerous bilateral agreements in conjunction with the tax benefits introduced for both foreign and local shipowners, triggered the tremendous expansion of the Cyprus Shipping Registry, both in terms of number of vessels registered as well as gross tonnage. Good international relations have played an important role in the development of Cyprus as a shipping centre. Other than its good reputation as an international financial centre, Cyprus has the unique advantage of being a member of the United Nations, Council of Europe, Commonwealth, the Conference for Security and Co-operation in Europe and the Group of Non Aligned Countries.

Cyprus’ accession in the European Union (EU) in 2004 created new prospects for further development in shipping. Cyprus joined the EU with a strong fleet and a well founded and efficient maritime infrastructure and aims to continue the qualitative improvement of its fleet. The Cyprus Registry is one of the only two “Open Registries” within EU and is estimated to constitute 15% of the whole EU “fleet”.

The island has its own well-established maritime infrastructure comprising the admiralty courts, unions and Classification Society. It also has a specialised department, The Department of Merchant Shipping, which is operating under the Ministry of Communications and Works and offers a dedicated service to the shipping industry. The sector of commercial shipping is in the foreground of the interest of the EU, which is particularly sensitive about the level of safety of ships. Government policy on shipping is constantly upgraded to improve the safety standards and living and employment conditions of seamen on board Cyprus ships, and thus enhance the reputation of Cyprus as a maritime nation and a shipping power with high quality standards.

The Cyprus flag is in the white list of Paris Memorandum of Understanding demonstrating the government’s commitment to safety and maintenance of Cyprus as a reputable maritime centre.

A substantial percentage of the vessels in the Cyprus registry are currently managed by specialised ship management companies renowned for their expertise in this field. This promotes the proximity and close relationship between the Cyprus Government and the shipping community. However, the main force behind the rapid expansion of the shipping industry in the past almost half a century has been the tax legislation.

Cyprus offers complete tax exemption of all profits and dividends at all levels of distribution arising from qualifying shipping operations. This tax relief was introduced in 1963 for 10 years and has been extended a number of times. On 29 April 2010 the Cyprus Parliament enacted the long awaited new shipping legislation.

The new Merchant Shipping Law, which applies from 1 January 2010, extended significantly the scope of the Tonnage Tax (TT) regime and enhanced the position of Cyprus as a maritime centre. The legislation, a major success for the Cyprus shipping industry, offers new opportunities :

It introduced two new TT schemes applicable to shipowners of non-Cyprus flag vessels and charterers. It also extended the application of the TT regime (and exemption from profits tax) currently enjoyed by shipowners and ship managers. The European Commission considered that the scheme is in line with the European Union’s Guidelines on state aid to maritime transport and authorised the scheme until 31 December 2019. It is aimed at supporting the shipping sector in Cyprus and other EU countries with a strong maritime sector, providing incentives for the employment of EU seamen and registration of vessels in the EU and enhancing the competitiveness of shipowners, charterers and ship managers operating in the EU.

Under this legislation, qualifying shipping activities are fully exempt from corporation tax. Tonnage tax on the net tonnage of the vessels is imposed instead of corporation tax on the actual profits. Qualifying persons are also regulated completely by the Department of Merchant Shipping rather than the Tax Authorities.

It is possible, and quite common, for shipowners, charterers and shipmanagers to invest surplus funds and have non shipping income. Such income, that is not subject to TT, is subject to corporation tax at the normal rate of 12,5%, the lowest corporation tax rate in the EU.

The tax legislation provides for several exemptions that may reduce the effective tax rate on non shipping income to well below 12,5%.

If mixed income is earned (TT and corporation tax), separate books must be kept. Also transactions with related parties who are not in the TT system should be made at arms’ length.

The law provides full exemption to shipowners, charterers and ship managers from all profit taxes and imposes tonnage tax on the net tonnage of the vessels at the following rates.

The conditions applicable to each of the three categories, as well as the taxation regime are analysed separately below.

Qualifying activity when applied to ship managers means services provided to a shipowner or bareboat charterer on the basis of written agreement in relation to crew and/or technical management.

The definition includes vessels that transport humanitarian aid but excludes the following vessels:

The TT regime applies to any owner of qualifying vessels that carry out a qualifying activity:

If this requirement is not met, the non EU/EEA vessels may still qualify if certain criteria are met.

Where an option is exercised to enter the TT system, the shipowner must be a Cyprus tax resident and the option must remain in force for at least 10 years.

As with shipowners, the TT regime applies to qualifying vessels that carry out a qualifying activity. An option exists for all vessels (Cyprus/EU/EEA/fleet) chartered under bareboat, demise, time, voyage charter, provided the charterer is a legal person tax resident in Cyprus. If the choice is not made, profits are taxable under 12,5% corporation tax.

The fleet qualifying criteria are the same as for shipowners and so is the minimum 10 year duration.

The law grants the exemption provided a composition requirement is met. That is, at least 25% of the net tonnage of vessels subject to tonnage tax are owned or are bareboat chartered. The percentage can be reduced but not for more than three consecutive years.

The percentage is reduced to 10% if all the vessels of the charterer:

A qualifying ship manager is a legal person tax resident in Cyprus providing technical and/or crewing services in respect of qualifying vessels (Cyprus/EU/EEA/fleet). Commercial management is taxable under corporation
tax.

An option exists to pay TT at 25% of the rates applicable to shipowners and charterers, for all vessels under management. If the choice is not made, profits are taxable under 12,5% corporation tax.

The fleet qualifying criteria are the same as the shipowners / charterers and so is the minimum 10 year duration.

Ship managers have to meet some additional requirements, namely:

Cyprus merchant shipping legislation allows for the provisional registration of a vessel (in case the vessel concerned was not previously a Cyprus ship) and most owners usually opt to have their ship provisionally registered first.

The provisional registration is deemed to be a full registration for a period of up to six months and it can be extended further for three months with an application prior to the expiration of the six-month period. This will allow
the owners time (up to nine months, including the three month extension) during which they will be able to complete the administrative formalities for permanent registration.

The permanent registration of a vessel registered provisionally under the Cyprus flag must be completed within nine months, including the three-month extension period, which is the maximum provisional registration period. It is not necessary for the ship to be present in a Cyprus port.

Once the necessary documents are submitted and formalities completed the Registrar of Cyprus Ships will issue the “Certificate of Cyprus Registry” and the vessel will be permanently registered under the Cyprus flag.

“Parallel-in” registration offers the possibility to a foreign flag vessel on bare boat charter to a Cyprus shipping company to be registered in “parallel” under the Cyprus flag for a period, usually two years, which is renewable.

Most of the Cyprus registered ships are owned by Cypriot companies with a wide range of foreign interests. Due to the fact that every limited liability company is a separate legal entity, it is very common to incorporate a ship owning company for every ship to be registered.

Today, Cyprus can claim numerous shipping agencies, classification societies, marine surveyors, average adjusters, marine insurance and P & I brokers, ship-brokers, bunkering facilities, a small ship repair facility and the possibility of a larger one in the future, as well as an underwater survey service. In addition, a growing number of international banking units are willing to offer their services for ship financing while there is a considerable number of UK trained lawyers and accountants specialising in shipping. The influx of service companies underlines the faith in the continued growth of Cyprus as a shipping centre.

Shipping in Cyprus athanasiouco 08/09/2014
We use cookies to ensure that we give you the best experience on our website. If you continue to use this site we will assume that you are happy with it.AcceptDecline