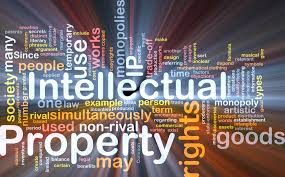 Intellectual Property rich organizations can achieve in Cyprus an effective tax rate of lower than 2,5% from their IP exploitation and at the same time enjoy the protection afforded by the EU and all major international IP treaties and protocols.

Intellectual Property (“IP”) can be one of the most valuable assets of an organization. Choosing the right location for the centralization and management of IP is a very important strategic business decision. The ideal location to establish an IP structure is one that can serve the organization’s business strategies/model, safeguard and protect its IP and contribute to its tax optimization.

Cyprus offers an efficient IP tax regime coupled with the protection afforded by EU Member States and by the signatories of all major IP treaties and protocols.

The IP tax regime covers a wide range of intangibles including:

Registrable IPs need not be registered in Cyprus to benefit from IP regime.

Cyprus’ wide double tax treaty network and access to the EU Interest and Royalty Directive serve as additional means for the group to achieve tax optimization when it comes to IP exploitation through Cyprus.

The new IP regime at a glance

Cyprus and the IP Protection

Example for the Taxation of Royalty Income

A Cyprus tax resident company derives royalty income amounting to €100.000 and incurs directly related expenses of €40.000. Under the new IP Regime the royalty income will be taxed as follows:

Example for the Taxation of Disposal of IP Proceeds

A Cyprus tax resident company disposes an IP right for €1.000.000. The cost of acquisition was €500.000 and amortization was claimed for two years. Under the new IP Regime the proceeds from the disposal will be taxed as follows: