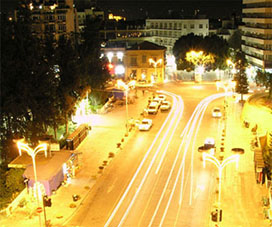 Cyprus joined the European Union in 2004, resulting in an economy offering a great number of advantages within a common European market. The Euro was adopted by Cyprus as its unit of currency on 1 January 2008, further confirming the country’s macro-economic stability and its commitment to low inflation, low interest rates and high growth.

Cyprus participates in the European Union’s internal market where there is free movement of goods, services and capital. European citizens are able to conduct business, travel to, and live in Cyprus with no legal restrictions.

Demonstrating a stable financial and business-friendly environment since the 1970s, Cyprus has attracted foreign investment and capital flows for decades. The country’s financial and regulatory environment is harmonized with that of the European Union and the Cyprus tax system is aligned with European principles of equality within the framework of the European Union Code of Conduct for business taxation and demonstrates a commitment by Cyprus to the OECD against harmful tax practices.

In April 2009 the OECD included Cyprus on its original white list as one of only 40 countries in the world that have substantially implemented internationally agreed tax standards, being the highest categorization possible. Being on this OECD white list supports Cyprus’s position as a sound and reputable environment from which international business operates.

The island of Cyprus is situated in the eastern Mediterranean at the hub of three continents, linking Europe with the Middle East, Africa and Asia. Cyprus is one hour by air from Athens, Egypt and Israel, three hours from Dubai and Moscow and four hours from London. Cyprus is two hours ahead of Greenwich Mean Time (GMT).

Commercial banking follows the British and European Union models and is of a very high standard. There are currently over 40 Cypriot and international banksoperating in Cyprus and, of course, no exchange controls. The banking system conforms to EC Directives, under the regulation of the constitutionally independent Central Bank of Cyprus, as integrated with the Eurosystem. The Bank’s governance is compatible with the provisions of the Treaty establishing the European Community and the Statute of the European System of Central Banks and of the European Central Bank.

The Cyprus Securities and Exchange Commission (CySEC) supervises and controls the operation of the Cyprus Stock Exchange and the issuers of securities listed on the Exchange. The Central Bank and CySEC supervise and licence the growing number of investment services companies, collective investment schemes, brokerage firms, investment consultants and mutual fund management companies.

Cyprus has a well-functioning common law legal system based on principles established through historical links with the United Kingdom. The origin of Cyprus company law and other laws regulating business is the laws of the UK, updated for 21st century business practice and harmonised with EC Directives.

The familiarity of the legal and commercial systems assists international business people in working within the Cypriot commercial environment. English is spoken universally and is the accepted language of business.

Cyprus has excellent diplomatic and economic relations with the rest of Europe as well as, China, Russia, India, North America and the countries of the Middle East. As a result, Cypriot entities enjoy great respectability
around the world.

The two international airports in Cyprus are served by over 35 international airlines. There are daily flights to other European countries, Russia and the Middle Eastincluding major hubs for onward and long haul
international destinations. New airport terminals were completed at both airports during 2008 and 2009 that can serve up to 10 million passengers per annum.