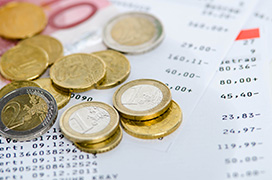 The Economist Intelligence Unit describes Cyprus’ tax regime as one of its “strongest features”. It also maintains that the tax regime will be bolstered by the revised law on international trusts, which was passed in December 2012. WEF ranks Cyprus 18th of 142 for tax rates in 2012.

In 2003 the Cyprus tax system was overhauled and placed in full compliance with EU directives, before the accession of Cyprus to the EU in 2004. In April 2009 the OECD accepted Cyprus onto the White List of jurisdictions that have substantially implemented the internationally agreed standard on exchange of information. This is a clean bill of health with regard to the reliability and robustness of Cyprus’ tax system and a strong marketing tool for Cyprus as an international business centre.

New investors to Cyprus are attracted by the many advantages offered including competitive corporation taxation rates for the EU (12.5%), for dividends, etc. and double taxation agreements with 47 countries.

Furthermore, 80% of profits generated from the disposal of IP by Cypriot resident companies (net of any direct expenses) will be exempt from income tax.