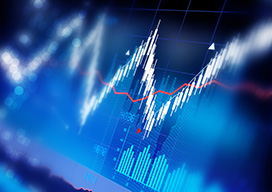 The consequences of the Eurozone crisis have been harsh for Cyprus and the banking sector was severely impacted by the outcome of the Troika deal and the winding down of Laiki Bank. Since March 2013 Bank of Cyprus has been undergoing a restructuring process and has assumed the sound assets of Laiki Bank.

The outcome will be a stronger, smaller sector which will continue to serve the interests of businesses and individuals with interests in Cyprus. The banking levy to recapitalise the banks after they made significant losses largely through their exposure to Greek bonds was a one-off event.

Apart from the two major banks, the remaining 41 Cypriot banks are not being restructured and continue to operate as usual. No banks have left Cyprus as a result of the crisis.

Cyprus retains core strengths in financial services more broadly, including as a centre of excellence for the management and administration of funds and as a location of choice for foreign exchange companies.